Taylor Marie Hill, known by her professional name ‘Taylor Hill,’ is an appealing model from America. Marie is famous for another title, ‘Victoria’s Secret Angel.’ She was just 19 years of age when she got this renowned title. She was born in Palatine (Illinois) and grew up in Colorado. She belongs to a family of just four children.

Her life was completely changed when she was discovered by a modeling agent and photographer in Colorado. It was slightly difficult for the young girl to understand the entire thing that happened overnight. Her career started to groom after that random discovery. She went for multiple photoshoots in different areas of the country.

Hill is among the top models of the fashion industry nowadays. It is hard to find a glamour magazine where Taylor has not posed. She has worked for the majority of top brands. The girl has a massive fan following on social media, and that’s why her endorsements are considered very sought-after.

She has appeared at various fashion shows. She has worked in a few movies, and her acting skills are commendable. According to information sources, the siblings of Taylor are also on the same track. The entire family is likely to appear as a ‘Fashion Family’ in the modeling world.

Taylor Hills was born on March 5, 1996, in Palatine, United States. She comes from mixed Caucasian ancestry. Taylor is the daughter of Jennifer Rea and David Glenn Hill. Parents of the smart girl shifted to Arvada, where she spent the early days of her childhood. She went to Pomona High School in Colorado and completed her graduation from the same school.

She has to face bullying during her school days. Her fellow students used to make fun of her skinny legs, which was really embarrassing for the young girl. She learned to cope with this fear with time. After gaining confidence and the ultimate support from her family, she went to Los Angeles for her first photoshoot.

Before getting into a modeling career, Taylor used to be a fitness freak and gymnast. She loves music, drawing, snowboarding, and reading when free from her professional busyness. She loves spending time doing Yoga to become mentally calm. The girl is an avid Crossfit trainer as well

About her education, she attended Pomona High School in Colorado, in the United States of America. During her High School days, She was much bullied by other students as they made fun of her because of her skinny legs. She eventually got the courage to face them and graduated from High School at the age of 16. She was discovered by Jim Jordan when she was 14 years old.

About her relationship status, Taylor is not married, and she has no children. She once dated her classmate in High School days who was Joran Jack, although it was considered as just puppy love. Currently, she is in a relationship

Taylor Marie Hill was found when she was 14, in a stable in Granby, Colorado by Jim Jordan, an operator who is likewise a picture taker. In 2013, she began her modeling career when she was highlighted on Intimissimi’s list. She has been in print battles for Forever 21. In 2014 she displayed for H&M and walked the Victoria’s Secret Fashion Show just because, the most youthful model on their turn at 18 years old.

That year she got one of the essences of Rosa Cha with Erin Heatherton, Frida Gustavsson, and Barbara Palvin. In 2015, she facilitated an occasion for Victoria’s Secret PINK. That equivalent year she turned into a Victoria’s Secret Angel. Likewise, she publicized Versus Versace. In August 2015, she won “Model of the Year” in internet-based life at Fashion Media Awards.

In 2016, she played a model in the film The Neon Demon and made her debut at No. 17 on Forbes’ “The World’s Top-Earning Models” list, with an assessed income of 4 million dollars somewhere in the range of 2015 and 2016. In July 2016, she was named as the new substance of French excellence brand Lancôme.

She has won several awards, some of which includes:

Net Worth, Salary & Earnings of Taylor Hill in 2nd August 2021

Taylor Hissnis fashion model from America who started off her career while still in school. She is famously known as Victoria’s Secret Angel since she was 18 YEARS. She has modeled for various editorials across the globe, and her career is at its peak. She has also tried her luck in acting, and she is also doing great. She has an approximated net worth of $8 million as of 2021, and since she is still young, she can do more.

She is one of the greatest talents that are exploiting much, she was determined to pursue what she loved, and finally, her career delivered results. 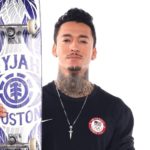 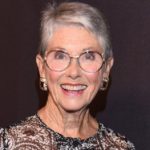