Marie Kondo is a Japanese tidying consultant, author, and TV show host. She is the founder of the popular cleaning method Konmari by which a person can decide which things to store and which to throw away. She gained wide popularity due to the Netflix Original Series “Tidying up with Marie Kondo,” which made her a household name in Europe, North America, and Japan.

Marie Kondo was born on 9th October 1984 in Tokyo. Both her parents were working, due to which Marie used to help her mother doing household chores. During this period, Marie developed a hobby for cleaning and tidying. She later in her school was also tidying the classroom when her playschool mates used to drop toys around, and later in middle school, she used to clean bookshelves. In her own words, “This gave me immense joy.”

Marie Kondo graduated with a diploma in Sociology from the famed Tokyo Woman’s Christian University. During her time at college, she also became an organizing consultant and started her own business. During this time, she also published a journal titled “Tidying Up As Seen From The Perspective Of Gender.”

Marie Kondo met her future husband Takumi Kawahara while on holiday to Hokkaido. At the time, Takumi was working in sales support and marketing at a big multinational corporation in Hiroshima. After marrying in 2012, both of them were pretty instrumental in her career growth when he decided to quit his job and become his wife’s manager.

For this, they moved to San Francisco in the United States. Late in 2019, when Marie became successful, they founded a company called Konmari Media, LLC. Where Takumi became CEO, they have two small kids and are expecting a third child.

Marie Kondo is married to Takumi Kawahara and has two children with him, so clearly, she is not gay.

Marie Kondo started her organizing consultancy when she was still in college. She gained popularity in Japan after publishing her book The Life-Changing Magic of Tidying Up in 2011. The book was an instant bestseller and has been translated into various languages like Korean, English, German, French, Chinese, Spanish, Portuguese, Swedish, Catalan, Italian and Indonesian. After this, in 2012, TV Tokyo announced a two-part special where her life and work are documented.

She was following this and the release of her second book “Spark Joy.” Netflix contacted her to make a series “Tidying Up with Marie Kondo” in 2019, where she plays host and goes to various American homes to tidy their houses.

Marie Kondo was nominated for Primetime Emmy Award in the category of Outstanding Host for a Reality or Competition Program. She received the same for the Netflix Original Series “Tidying up with Marie Kondo” which released in 2019.

Net Worth, Salary & Earnings of Marie Kondo in 2021

As of 2021, Marie Kondo’s net worth is estimated to be around $10 million. This wealth is expected to be a product of lucrative TV show deals and personal consultancy. She owns a massive mansion in Los Angeles, California, where she currently resides along with her family.

Marie Kondo is an example of a self-made woman and entrepreneur who turned her hobby into her career. She has become a famous name both in Japan and America due to her extremely efficient Konmari method of cleaning. 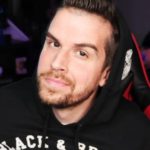 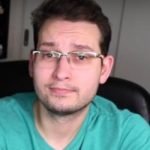