Building your own career and getting things right comes with great satisfaction and inner pride that can compare to none. However, things seem to be totally different when you are there to help someone realize their dreams as a coach or a captain. Seeing the people you have mentored excel and become what they always dreamt of is the best things in life.

Thierry Henry is not only celebrated as a former football player, he has also become a great name in France as he has helped many young people realize their dreams as a coach. Looking at Premier League’s history, Thierry has been considered as one of the greatest players as well as strikers. He became one of the FIFA World Player of the Year runner-up in both 2003 and 2004. In 2002, he was a Ballon d’Or runner-up among many other achievements.

It was on the 17th of August in 1977 when this successful footballer was born as Thierry Daniel Henry in Les Ulis which is a suburb of Paris. Thierry is of Antillean heritage and is the son of Antone Henry and Maryse Henry. His dad is from Guadeloupe (La Desirade island) while his mother is from Martinique. Although Les Ulis was seen as a tough neighborhood, it was also able to provide good footballing facilities.

When Thierry was only 7 years old, he was already able to show great potential which prompted Laude Chezelle to make him a part of the local club known as CO Les Ulis. He had a very supportive father who was also in agreement with Claude’s idea and he would pressure his son to attend training although it was not Thierry’s idea. Thierry is not the only child in the family as he has two brothers named Dmitri Henry and Willy Henry.

There is a very usual norm among all parents. Although we all raise our kids differently, our value for education and desire of seeing them become the best they can be in life. Therefore, although Thierry’s parents and especially his father was very happy to see his son’s expertise as a footballer, he never forgot to educate him.

They enrolled him to Alexander Fleming School but because he started his career in football when he was a very young boy, there is very little information available about his years in school. There are also some assumptions that he didn’t attend college as he chose to concentrate more on his career as a footballer. Initially, he was not for the idea and wanted to live a normal life just like other kids his age had. However, with time, he bought the idea and he is always proud that he did.

Thierry has been a great success and has achieved a lot over the years and he has not only given time to his career but also to his love life. He fell in love with Nicole Merry whose real name is Claire, and they exchanged marriage vows on the 5th of July in 2003. Their wedding ceremony was held at Highclere Castle.

Approximately two years later, on the 27th of May 2005, Henry and his wife Clere were glad to welcome their first child, a daughter named Tea. To show how happy he was with the arrival of their baby girl, he dedicated his first goal to her after her birth and he held his fingers in a T shape and he kissed the fingers afterward. The goal was against Newcastle United. Unfortunately, things didn’t work out so well between the two and they, therefore, agreed to divorce in 2008 December.

Although he has never gotten married again since the divorce with his first wife, he is currently in a serious relationship with Andrea Rajacic. We hope that things work out well and the two tie the knot soon.

The fact that Thierry was once married and had a daughter out of the marriage and is currently in a relationship with another woman is enough to prove he is straight.

Although he started playing football at 7 years, he took it more serious at 13-years when he attracted attention of one scout who had come from Monaco. The scout requested for his drafting into INF Clairefontaine Academy which is a famous Academy worldwide. At that time Monaco’s manager was Arsene Wenger. He signed as a professional with Monaco after joining their youth team and at 17 years old, he was able to play his first professional match for the team. This marked the beginning of his successful career as a footballer.

Thierry is a very successful footballer and a result, he has won several honors. Some of these include; UEFA Champions League runner-up in 2005 and 2006 and FIFA World Cup run-up in 2006 among others.

Net Worth, Salary & Earnings of Thierry Henry in 2021

It always feels good to be successful in your career and to enjoy good earnings from the same. As of 2021, Thierry has an annual salary of $5 Million, which has accumulated to a total net worth of $150 Million.

Thanks to his expertise as a footballer, Thierry has earned several endorsements which has had him rated as the 9th most marketable footballer worldwide. 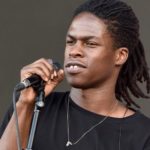 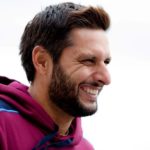