Timothy Francis Robbins, also called Tim Robbins, is an American actor, screenwriter, producer, and director. He became popular after he portrayed the role of Andy Dufresne in The Shawshank Redemption. He has directed such films as Bob Roberts and Dead Man Walking, in which he received an award for best director.

Tim Robbins was born in West Covina, California, on 16 October 1958. His parents, Mary Cecelia and Gilbert Lee Robbins were a musician. His father was also an actor and manager of The Gaslight Café. He has a brother, David, a composer, and two sisters, Adele and Gabrielle.

He was still young when his family moved to Greenwich Village. By then, his father was pursuing a career to become a member of the folk music group called The Highwaymen.

Robbins enrolled at Stuyvesant High School, where he was a member of the drama club. He was twelve years when he started performing in Theatre. For two years, he attended The State University of New York in Plattsburgh, after which he returned to California. He enrolled at the University of California in Los Angeles and graduated in 1981 with BA in drama.

Tim began a relationship with Susan Sarandon, an actress, after they had met on the set of Bull Durham in 1988. Together, they bore two sons, John Henry, also Jack, born on 15 May 1989, and Miles Robbins, born on 4 May 1992. They ended their relation in December 2009.

Robbins is straight as far as sexual orientation is concerned. He is neither gay nor bisexual and has no such rumors. For twenty years, he was in a relationship with Susan Sarandon and together had two sons.

Tim started his acting career at Theatre for the New City and spent his teenage in their annual Summer Street Theatre. He formed the Actors’ Gang after graduating from college. The following year, he appeared in three episodes of the television program St. Elsewhere as Andrew Reinhardt, a domestic terrorist.

In 1985, he starred in two films; Moonlighting and Fraternity Vacation. This was followed by Top Gun and The Love Boat in 1986 and Bull Durham, which he co-starred with Susan Sarandon and Kevin Costner in 1988.

In 1992, he appeared in Robert Altman’s film, The Player. Still, in 1992, he made his directorial and screenwriting debut with Bob Roberts. With Morgan Freeman, he starred in The Shawshank Redemption in 1994. He has written, produced, and directed such films as Dead Man Walking of 1995. IN 1999, he directed Cradle Will Rock.  He directed an adaptation of George Orwell’s novel in 1984, which is written by Michael Gene Sullivan.

He has appeared in several other films like The Lucky Ones and City of Ember in 2008, Green Lantern in 2011. He directed two episodes of the series Treme.  For his music career, he released his album, Tim Robbins & The Rogues Gallery band in 2010.

Robbins has been successful in his career and received c=various nominations and awards. The film, The Player in 1992, made him the winner of the Best Actor Award at Cannes. The film Dead Man Walking earned him an Oscar nomination as Best Director. He won both Oscar for Best Supporting Actor and SAG Award for his work in Mystic River in 2003. He also won three Golden Globe Awards for the same role in Mystic River. In 2005, he won an Oscar Award. In 2013 at 63rd Berlin International Film Festival, he was a jury member.

Net Worth, Salary & Earnings of Tim Robbins in 2021

As of 2021, Having an estimated net worth of $80 million, Robbins has received a great fortune from his career. He has acquired his wealth from the various roles he has played in both films and television series. Being also a musician is an added advantage as it has helped him make more money from the sale of his album.

Tim is considered a genuine and respectable actor and director. He has been involved in a number of projects in which he delivers the best to his audience. He is also a humble and great person in both the acting and production of films. From his outstanding performance, he has won various awards and nominations. 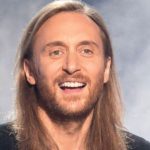 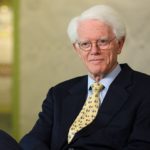