Tim Tebow is a renowned retired American professional football player. American sports have had its fair of the Tim Tebow. He became a professional NFL player at quite a young age. Although he no longer plays football, there is so much to remember of Tebow while he was an NFL player. Tim is however currently a baseball player.

Tebow was born Timothy Richard Tebow on August 14, 1987, in Manila, Philippines, to Pamela Elaine and Robert Ramsay Tebow II. His parents later moved to Philippines to work as Baptist missionaries.

Before his mother was pregnant with him, she was diagnosed with amoebic dysentery and eventually fell into temporary coma. Doctors advised Tim’s parents to abort him as she was on strong medication. They feared that the medicines might have a deteriorating effect on the unborn child, but his parents’ faith was stronger than the medical advice. When he was three, Tim’s parents moved to Jacksonville, Florida.

Even though he is dyslexic, Tim believes it’s a gift from the Almighty. After a Florida legislation in 1996, home-schooled children were allowed to compete in high school sports events, thus, allowing Tim to try his luck in football.

Although he was mostly home-schooled, Tim attended Allen D. Nease High School in Florida. He later won a scholarship at the University of Florida.

Tebow, a philanthropist has a foundation, the ‘Tim Tebow Foundation,’ for children and the disadvantaged that was established in 2010. This foundation, he aims to provide for health and education of children and other with special needs.

He has maintained his virginity until marriage and is also the group leader for the ‘Fellowship of Christian Athletes’ whose members aren’t allowed to have sex out of marriage. Tim’s style of kneeling and praying with his arm resting on the bent knee has given a term, ‘Tebowing.’

On January 10th, 2019, Tebow got engaged to South African and former Miss Universe, Demi- Leigh Nel- Peters. The e two officially tied the knot on January 2020 in a 30-minute ceremony in SA.

Tim is straight as far as his sexual orientation is concerned. Although they were rumours that he was gay, Tim confirmed otherwise. He is currently in a heterosexual marriage with former Miss Universe 2017, Demi-Leigh Nel- Peters.

Tebow played his first ever match for ‘Trinity Christian Academy,’ a local high school. In 2003, he joined a football program at ‘Allen D. Nease High School’ and started playing as a quarterback.

Tim was named Florida’s ‘Player of the Year’ even after a fibula injury and argument surrounding him being home-schooled and yet playing for his choice of school. During his senior year, he led his team, ‘Nease Panthers,’ to a state title and All-State honours.

Tim was named ‘Mr. Florida’ and played in the ‘U.S Army All-American Bowl’ in San Antonio, Texas, where he was one of the top 78 senior high school football players.

He was selected by the ‘Denver Broncos’ for ‘2010 NFL Draft.’ He started his first NFL match in December 2010, against ‘Oakland Raiders’ where he scored the longest touchdown by a first-time quarterback in the history of ‘Broncos.’

He was brought in the very next game against the ‘Miami Dolphins.’ He received on-field success during the season with wins against ‘Oakland Raiders,’ ‘Kansas City Chiefs,’ and ‘Chicago Bears,’ and many others.

While he had a good run through the season, Tebow also reached a career low after he struggled to play against the ‘New England Patriots’ and ‘Buffalo Bills.’ However, he immediately touched a career high against the ‘Pittsburgh Steelers’ with a throw of 316 yards and two touchdowns.

He scored a hitting streak for 12 games during his time with ‘St. Lucie.’ In the 2018 season, he was promoted to ‘Met’s Double-A team,’ the ‘Binghamton Rumble Ponies of the Eastern League.’

He was also named ‘Eastern League-All Star Game.’ He had to miss the rest of the season due to an injury.

Starting from school, Tim has earned various awards and titles, including ‘Player of the Year’ and ‘All-State Honours. He was also featured in ‘Sports Illustrated’ on ‘Faces in the Crowd’ page.

In 2009, he won ‘Senior Class Award’ and ‘Sports Illustrated College Football Player of the Decade.

As of 2021, Tim has a whooping net worth of $6 million. He has made majority of his wealth from his career as a baseball player and a football player. His net worth is calculated from his known assets and investments.

Known for his outspoken Christian faith, Tim is an absolutely proud of what he does.  He has worked hard and consistently to get to where he is right now. He is such an iconic figure to reckon with. 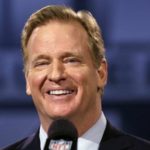 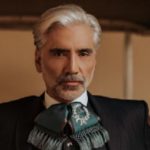