Tom Leykis is a popular American talk radio personality who is best known for hosting the popular radio show, The Tom Leykis Show. The show was being aired nationally from 1994 to 2009 and from April 2012 to 2018, it became an internet Streamcast/podcast. The show still uses the hot talk format, which really brought it a lot of success, especially in the Southern California radio market. Leykis has also been described as a shock jock due to the provocative nature of the show.

Tom Leykis was born as Thomas Joseph Leykis on the 1st of August 1956. He was born in the Bronx, New York City to his parents, Harry and Laura Leykis. He has two sisters and a brother, Terry, Anne, and Jim respectively. The family is of Irish and Jewish descent. His Jewish grandfather originated from Kyiv in Ukraine and migrated to Lithuania and later to the USA at the beginning of the 20th century. His father was a union leader at the New York Post but Leykis stated that his past is irrelevant to his accomplishments as a radio personality.

At a certain point in his childhood, the family moved to Selden, Long Island, where he graduated from high school at 16 from Newfield High School. He moved away from the family home to study broadcasting at Fordham University, but he had to drop out due to financial issues.

Currently, Leykis is divorced and has no children. His most recent marriage was to Susan Drew Leykis who she met at a Los Angeles Kings game. The marriage ended in divorce after Susan had filed a number of assault charges against Leykis. His other marriages were to Christina Gonzalez and another woman who was a listener of his show.

In 2004, he was attacked outside a bar by a listener who claimed that Leykis called him an offensive name when he called the show. After receiving treatment, Leykis did not press charges saying that a few days in jail was enough for them.

No, Tom Leykis is not gay.

Leykis’ career started out in 1970 when he was in a competition for a one-time radio appearance in Long Island and won. He was so good on-air that they asked him to come back a number of times to fill in. By the late 1970s, he had his own cable access program in Manhattan, New York.

He got his first paying radio job as an overnight personality at New York radio station, WBAI, in 1979. However, this was not enough, to make ends meet, he had to do other jobs like being a stand-up comedian, a researcher for a CBS late-night show, a columnist for SoHo News, and many others. In 1981, he did an evening show five times a week in Albany, New York.

Tom likes talking about his personal life and how he failed to stay in four marriages. This topic usually leads him to tell his male listeners not to bother getting married. The Tom Leykis show has topped the ratings in recent years for the market of 18-49-year-old white-collar workers in the upper-middle class. However, Leykis says that most of his callers are blue-collar workers. In addition to his weekday show, Leykis began hosting a syndicated weekend show called “The Tasting Room” in February 2005, which covers lifestyle topics like fine wine, spirits, beer and cigars.

Tom Leykis is an absolute star in the radio industry. He has been quite popular and successful for quite some time now. However, after all the years in radio, Leykis is yet to receive an award for the great work that he does.

The career of Tom Leykis has been incredible for both him and his listeners. The relationship between the two has been solid for the many years that Leykis has been in radio. Still filled with energy and vigor, we look forward to the coming years of Leykis as a presenter. 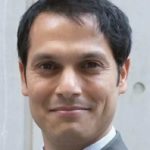 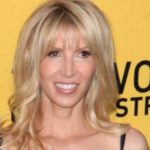