Best known as the host of the radio show Come to Papa, Tom Papa is an American radio host and actor. He is also a comedian and was the co-host of What a Joke with Papa and Fortune on Sirius XM. Papa was also the host of the Food Network show, Baked. In his career, he has appeared in many films and TV shows. Papa has also done many specials and podcasts.

Thomas Papa Jr. was born on November 10, 1968, in Passaic, New Jersey. He prefers to keep his personal life private and was raised in Park Ridge, New Jersey. Later, his family moved to Woodcliff Lake in New Jersey. He also has a sister who works in City Green, which is a non-profit organization.

When it comes to the academic profile of Tom Papa, he is a student of Pascack Hills High School in Woodcliffe Lake. As a child, he was very much interested in sports and has played track and football. Papa went to Rider College and earned his bachelor’s degree.

Tom Papa has been successfully married to his wife Cynthia Koury for a long time. The couple has two daughters, and he currently lives with his family.

Tom Papa is one individual who has always been faithful to his wife. To call him gay or bisexual will be unfair as he is very much interested in the opposite sex. His sexual orientation is straight, and he is a father of two girls.

Tom Papa started his career by performing stand-up comedy. In 1993, he used to host shows at the comedy club of Stand Up New York. Later, he teamed with Jerry Seinfeld and started touring. In 2005, his comedy album called Calm, Cool and Collected was released. Papa also showcased the Only Human show at the Montreal Comedy Festival ‘Just for Laughs’.

In his career, he has come up with many stand-up specials. His most recent comedy special was You’re Doing Great! in 2020. In 2001, he made his television debut by appearing in Comedy Central Presents. He has also appeared in other TV shows including Come to Papa, The New Adventures of Old Christine, The Marriage Ref, Behind the Candelabra, and Duck Quacks Don’t Echo.

He was most recently seen in the Netflix special, You’re Doing Great!. In films, he was first seen in Analyze That in 2002. That same year, Papa appeared in Comedian. In the 2000s, he acted in films like The Life Coach, Bee Movie, and The Informant!. Has also appeared in the films Behind the Candelabra, Top Five, and 3 from Hell. His most recent film role was Paper Spiders in 2021.

Tom Papa is also a popular radio show host. He is the host of Come to Papa on Sirius XM Satellite Radio. In 2019, he started co-hosting What a Jone with Papa and Fortune. In the show, he interviews comedians and celebrities. Additionally, he also performs Come to Papa Live, which is about sketches and stand-up comedy.

One of the biggest career achievements of Tom Papa is to be a radio show host and comedian. He is extremely talented and is active in multiple fields. However, Papa has not won an award in his career.

As of 2021, Tom Papa has an approximate net worth of $5 million. He has been active in his career since 1993. This made him a popular comedian and radio host. Papa has done many shows and also appeared in films. He is very active in his profession and continues to appear in films and TV shows.

Part of this wealth also comes by performing comedy specials. Has also released a comedy album. Papa is extremely talented and was the actor and writer of the 2009 film called The Haunted World of El Superbeasto. He has performed in many places, and he is also a radio show host. Papa has hosted many podcasts including Come to Papa from 2013 to 2020.

With his amazing comedy performances, Tom Papa has impressed his audiences. He is extremely talented, and people love to see him doing various acts. Tom is very influential and is a popular name in stand-up comedy. His success also made him a popular radio show host. 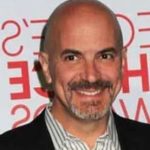 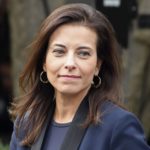