Tom Parker is an English singer, producer, and television personality who has served as the lead and backing vocalist of the British-Irish boy band, The Wanted, which also includes , , , and . With the boy band, he has released a number of albums and tracks which include the likes of Word of Mouth, Battleground, The Wanted, Lose My Mind, Glad You Came, Heart Vacancy, Chasing the Sun, Lightning, Walks Like , Show Me Love (America), and All Time Low.

Tom Parker got enrolled at the Manchester Metropolitan University where he studied Geography until he dropped out in order to pursue a professional singing career.

He is of English and Irish descent. 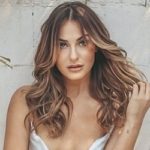