Tom Sizemore is an American actor and producer. His most notable films include Born on the Fourth of July and Twin Peaks. He is a known former drug addict and his struggles with drugs. He is also known for the various sexual assault charges that surround him.

Tom was born in Detroit, Michigan on November 29, 1961. He is the son of Thomas Edward Sizemore Sr. and Judith Sizemore. His mother worked as a staff member of the Detroit City Ombudsman. His father was also in law since he was a lawyer and philosophy professor. Tom revealed that he is of French and Native American descent from his mother’s side. Both his parents were Roman Catholic and they raised him as one.

During his school life, Tom has transferred a lot. He was a student at Utica High School where he completed his 9th grade. For 10th and 11th grade, he was a student at Austin Catholic Preparatory. He later enrolled at the Bishop Gallagher School where he completed his high school life. After graduating from high school, Tom first enrolled at the Michigan State University and later on to Wayne State University. At last, he joined the Temple University where he acquired Masters in Theatre.

Tom became highly addicted to drugs at the mere age of 15. After his successful acting career began, he decided to settle down, and he married Maeve Quinlan, a renowned actress in Hollywood. Soon after, in 1999, Maeve filed for divorce due to Tom’s consistent use of drugs. Later on, he started dating actress Heidi Fleiss. He was later accused and charged with assault and abuse while he was under influence of drugs.

He was sent to complete seven months in jail and four months of drug control treatment after failing a drug test numerous times while in probation. 2005 was the year Tom became a father after Janelle Mclntire gave birth to twin sons, Jagger and Jayden Sizemore.

In October of the same year, Vivid Entertainment released the Tom Sizemore Sex Scandal which was a sext tape of Tom with numerous women. Tom claimed that one of them was Paris Hilton. She vehemently denied the claim saying it was a sales increment ploy by Tom.

He has been accused of sexually molesting an actress who was 11 years old while they were filming for the movie Piggy Banks in 2003. The charges were dropped due to lack of evidence and witnesses. The girl later sued him in 2018 when she was 26, but she lost the case once again. Tom has been in a battle against drug addiction since he was 15. In 2010, he was a patient/cast member of the Celebrity Rehab with DR. Drew. In 2019, he was arrested for possession of various narcotics in Burbank, California.

Tom Sizemore is not gay as far as sexual orientations are concerned. He has been involved with numerous women in his life. He even has two sons.

Tom Sizemore began his career in New York by participating in theatre plays. Sizemore is a prolific actor and has made waves in film and television. He has worked with big names such as Steven Spielberg, Michael Mann, Ridley Scott, and Tony Scott. He has appeared in films such as Wyatt Earp, Natural Born Killers, Heat, Enemy of the State and Stiletto.

He has also been in three movies alongside Jon Voight by the titles of Heat, Enemy of the State, and Pearl Harbour. As for television, he has held recurring roles on Michael Mann’s Robbery-Homicide Division which was short-lived. He has also appeared on the Starz premium cable show Crash, the updated reboot of Hawaii Five-0, and the 2014 Sundance cable TV Series, The Red Road.

In 2015, he made a star appearance in a film titled SWAT Unit 887 which he was alongside Said Faraj. In 2010, he made an appearance as a patient-cum-cast member of the Celebrity Rehab with DR. Drew show.

Net Worth, Salary & Earnings of Tom Sizemore in 2021

As of 2021, Tom Sizemore has a net worth of about $1 million. His primary source of income is his acting career. Were it not for his drug addiction and numerous charges, Tom would have been worth much more than he is today.

Tom’s career and life are filled with controversies. Despite the challenges of drug addiction and numerous arrests, he is still very hardworking and in return, he has had a very successful career as an actor. Although many people look down on him over the crimes he has performed in the past, his career is still a success. 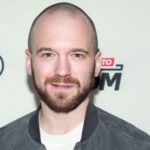 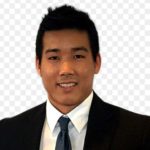