Tommy Sotomayor is a popular American radio talk show host. He is also a YouTube personality and is best known for the YouTube channel called MrMadness Sotomayor. In his career, Sotomayor has done multiple endeavors as he is also a film producer and men’s rights activist. However, he is a subject of many controversies.

Tommy Sotomayor was born on December 11, 1975, in Atlanta, Georgia. Not much is known regarding the childhood details of Sotomayor. There are also no details regarding the names of his parents. He later moved to Phoenix, Arizona from Atlanta.

Sotomayor has always maintained a private life. He was very interested to have an early career and dedicated much of his time to be a radio show host.

According to reports, Tommy Sotomayor was previously married to an unnamed woman. They have a daughter, and the couple parts ways soon. As he failed to pay child support, he was even jailed. There are also reports that Sotomayor had a relationship with Miz Lana.

Tomy Sotomayor is known for being a men’s rights activist. However, there are reports that he might be gay. Even though he was previously married and has a daughter, his sexual orientation has been a subject of conversation. It can also be said that he is bisexual.

Tommy Sotomayor started his career by starting a radio show called Your World, My Views. In his talks, he used to discuss African American women, and he used to regularly insult them. In most of the show, it was regarding his anger. In 2012, he came up with his own YouTube channel.

Previously it was named “Tommey Sotomayor” later it was renamed “MrMadness Sotomayor”. His first YouTube video called “Top 10 Reasons Sista’s Can’t Be Trusted” was published in July 2012. He has also come up with many other YouTube channels like sotomayorclassics, sotomayorcomedy1, tommysouttakes, and tommysepicrants.

One of his popular YouTube videos was “Woman Gets Pregnant By a 13-Year-Old Boy!” in September 2012. It went on to receive 7.9 million views. In 2016, Sotomayor came up with his second popular video “How Savage Are Blacks in America” It went on to amass over 1.8 million views. In addition to this, he has also appeared in many TV shows including One America News Network, On Point with Tomi Lahren, and TheBlaze. His online petition website entitled Change.org was released in 2017. Additionally, Sotomayor is the director of a documentary called A Fatherless America.

Despite being active in multiple fields, Tommy Sotomayor has not won an award in his career. One of his biggest career achievements is to be a successful radio show host. He is still very young, and can surely win an award someday.

Net Worth, Salary & Earnings of Tommy Sotomayor in 2021

As of 2021, The estimated net worth of Tommy Sotomayor is $2 million. Thanks to his career in multiple fields that he is able to make this money. Reports estimate that he earned $300,000 per annum only from YouTube. He has many subscribers, and his videos have been watched by millions.

Sotomayor is also a radio show host, and his show attracted a lot of controversies. He is the host of the podcast called Your World, My View Podcast. He is also active in many other fields and has come up with a documentary.

A man of many controversies, Tommy Sotomayor has released many videos. His videos have been removed many times by YouTube and Google. Despite all the factors, he has gone on to amass many subscribers on YouTube. Sotomayor is very talented, and he is active in multiple fields. We can expect him to see many other things and attract more audience. 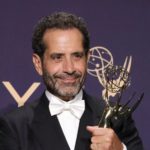 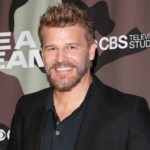