Trippie Redd, whose real name is Michael Lamar White IV, is an American singer and rapper who became famous across the world at a very tender age. His love for music started from a very young age, which motivated him to be a singer and rapper. Trippie is also famous for his controversies and love stories with actresses.

Trippie Redd was born on June 18, 1999, in the city of Canton, Ohio, located in the United States of America. Redd said in an interview that his father was not present in the hospital during his birth. He was sent to jail just before Trippie was born. His mother, Tonya White, raised him single-handed. They lived in a place that was full of criminal activities. The street was full of dangerous criminals.

His mother was not convinced of this lifestyle and tried to keep him away from all the illegal activities, but went in vain. Trippie was involved in small crimes and drug cases at a minimum age. His mother was interested in music too. Then in 2014, at the period of 15, he started making and uploading music on online platforms, but the songs could reach hardly the local clubs only.

Trippie had no interest in studies like he had for rap and music. He was not a brilliant student in his class, but he completed high school and moved to Atlanta for rap. There he met rapper Lil Wop which brought a major breakthrough in his career.

The famous rapper Trippie has a controversial personal life. At a very young age, he became famous, but controversies were like his pet name. Aylek, who is also a rapper, dated him for a long period of time. He made his relationship public at that time and had to face many critics from the follower. Trippie broke up with her by stating that she has multiple connections and affairs.

Moreover, Mulan objected to him in her live Instagram video, which became a discussion topic at that moment. During her relationship with Alek, many videos created many issues with this celeb couple. Recently from 2019, Trippie has been dating Coi Leray, who is also a rapper. Apart from relationship issues, Trippie is also involved in other controversies. He was arrested in Georgia on Grady’s assault case, who is a rapper in may, 2018.

No, Trippie isn’t gay. He had several relationships in his past and recently is having a relationship with a rapper. With his relationship status, which can be seen in his social media account, it is proven that he is straight.

Trippie’s career started with the help of Lil Wop, who is a famous rapper. He made him sang in professional studios. They both recorded many albums and were successful to some extent. On May 26, 2017, his debut mix tape, A love letter to you, made 8 million views on YouTube. In 2019 his songs entered the Billboard and ranked at number three.

Trippie has won many local awards and also got international reorganization. His songs entered US Billboard and ranked at the right positions. He did many shows across the world. His songs remained in the top 50 in almost all charts. He has a huge fan following on social media too.

Net Worth, Salary & Earnings of Trippie Redd in 2021

As of 2021, Trippie has an estimated net worth of $6 million. He is one of the top rappers in the US. At an early age, he has achieved a significant milestone, and it is excepted that he will be one of the finest rappers in the country. 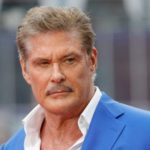 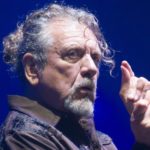