The 58 years old TV star, revealed on Monday, April 29, 2019, that she had gone through the procedure, posting a selfie as she rested in bed.

Later Carol delightedly gushed that she was tweeting for the first time in years without her glasses.

‘Eye op #BlendedVisionLaser went brilliantly. Took less than 10 minutes in total. All good. Just resting with eyes closed as much as possible for the first 3 hours. All went perfectly xx Hooray Ps typing this without glasses for first time in years @LondonVision,’ she told her followers.

The star also shared a snap as she rested in bed for ‘pretend sleepy time,’ while dressed in a NASA t-shirt.

‘Pretend sleepy time for a few hours straight after …#LaserEyeOp ⁦@LondonVision⁩….and now happily reading and being a good patient in my mates’ house …yaaay,’ she said.

By Tuesday, April 30, 2019, morning Carol was still feeling good, snapping another selfie as she protected her eyes with sunglasses on her way to a checkup with the eye clinic.

‘Good morning lovelies. Boy did I sleep well!!! Zzzz Back in ⁦@LondonVision⁩ for my Day 1 check up ⁦@DrDanReinstein⁩ . All going well #LaserBlendedVision…Happy days xx #sunglassesToProtectFromDust,’ she tweeted.

Carol and Her Health Consciousness

Health-conscious Carol recently shared the secrets to her peachy derrière as she posted a series of photographs, documenting her early-morning glutes workout with her personal trainer.

The presenter looked glamorous for her gym session, wearing skin-tight black leggings and a coordinating long sleeve top – both of which clung to her sensational physique.

Carol documented herself using a variety of leg-press machines, all loaded up with heavy-looking weights.

Alongside an array of photographs she tweeted:

‘LOTS of glutes with weights today at ⁦@NuffieldHealth ….ouch.’

Carol also shared snaps of herself hunched over another piece of equipment, before using her back and glutes to bring her body back up straight.

Of the machine, she also wrote:

The former Countdown brainbox, known for her ability with figures, became the first person to take the Rear of the Year title twice in 2014.

At the time, Carol also said:

‘I am both surprised and flattered to win the award for a second time — particularly at this stage of my life.

‘As I said when I won it in 2011, I always suspected there were a lot of people out there who were glad to see the back of me. It now appears there were even more than I thought.’

What Is Laser Blended Vision??

Laser Blended Vision is a sophisticated laser eye treatment which is used to treat presbyopia (aging eyes) which is progressive loss of the ability to focus on nearby objects or other age-related eye conditions. It can be also used to help people that simply need reading glasses, and also those who have started to need bifocal or varifocal spectacle correction due to aging changes in the eye. It can be also used for people who are also short-sighted (myopia) or long-sighted (hyperopia) and who also may have astigmatism

How Laser Blended Vision Is Achieved??

The increase in depth of field allows for the eyes to be corrected in such a way that the dominant eye is set for distance and intermediate vision while the non-dominant eye sees best in the intermediate to the near range. Because of the similarity in the visual performance of each eye in the intermediate range the brain is able to fuse the images between the eyes rendering a binocular visual environment.

This is in contradiction to traditional monovision where the image disparity between the eyes is too high for image fusion by the brain and instead the brain needs to apply suppression of the blurred eye in order to perceive a clear visual field. In Laser Blended Vision, the eyes are effectively working together to allow good vision at near, intermediate and far, without the use of glasses. The effects of Laser Blended Vision tend to last between 5 and 10 years but can be further adjusted by enhancement procedures. 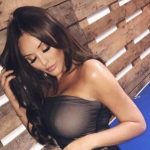 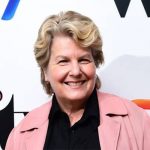