Tyler Oakley is an American YouTuber, actor, activist, and author as well. His full names are Mathew Tyler Oakley. His activism career is mostly dedicated to LGBTQ rights and social issues affecting LGBTQ youths. He began his career in 2007, and his first video, Raindrops, had a lot of views, which motivated him. Oakley is openly gay and was formerly a member of ‘5AwosomeGays’.

Tyler Oakley was born on 22 March 1989 in Jackson, Michigan. He had not disclosed information about his parents, only which they divorced when he was an infant. He says that he is fond of his mother and has featured her in some of his videos. Her nickname on Twitter is Mama Jackie. Oakley has a total of twelve siblings. When he was growing up, he was involved in drama and choir, but again he was struggling with Bulimia Nervosa.

Oakley attended Michigan State University, graduating with a Bachelor of Arts in communication, marketing, and social media. He was struggling to fight depression while in college to the point of thinking of suicide after he broke up with his boyfriend. This scenario made him post a YouTube video to communicate with his high school friends.

Oakley is currently single and does not have a girlfriend. He is openly gay and has been in a number of relationships, and rumours say that he was dating Troye Sivan, a YouTube star. He says he has dated several boyfriends, although he has not revealed their names.

Yes. Oakley is one celebrity who is open about his sexual orientation of being gay. During his college, he fought depression after his long-time boyfriend broke up with him.

Oakley is an active member of social media and especially YouTube, where his career falls. His success and prominence in social media gave him an opportunity to meet former U.S. president, Barack Obama. He also did a video with Michelle Obama, which was discussing education issues. His role model is Ellen DeGeneres, saying she has a positive influence as everybody knows what she does and she is a lesbian.

Apart from being a YouTube star, Oakley is also an actor and has appeared on the YouTube Red show with Joey Graceffa called Escape the Night. One of his live appearances is a live show tour called Tyler Oakley’s Slumber Party in 2014. In this show, he was featuring himself in pyjamas, doing skits, and also interacting with the audience.

He has also appeared on broadcasting platforms. Since 2014, he interviewed live, Kids Choice Awards. He participated in the 28th season of The Amazing Race with his friend, Korey Kuhl, where they finished 3rd position. They also appeared on the tenth episode, the tenth season of RuPaul’s Drag Race, and was paired with Monet X Change.

Oakley is also considered an author, and his first collection of essays, Binge, was released in 2015.

Oakley has won quite a number of awards from his career and also nominations. Some of the awards he won are; two Teen Choice Awards in 2014, GLAAD Davidson Award in 2015, Best Web Personality and Host in 2016, and Streamy Awards in 2018. He has also received nominations from MTV Fandom Awards, Teen Choice Award, and in 2016, he was nominated as the YouTuber of the Year. In 2017, he was nominated for the People’s Choice Award for Favourite YouTube Star.

Net Worth, Salary & Earnings of Tyler Oakley in 2021

As of 2021, Tyler Oakley has an estimated net worth of $10 million. The main source of his income is from his YouTube career. He is also an actor, which adds up his total earnings. He has been considered one of the most popular YouTubers in the world.

Tyler Oakley is one of the most successful YouTube stars in America and has received a lot of recognition in the whole world. He is a happy man, having found a way through his career and become a dream come true. He will continue to shine as he is still an active young man. 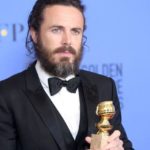 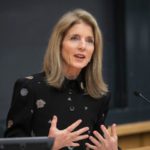