Urmila Matondkar is an Indian actress who is best known for starring in films such as Rangeela (1995), Judaai (1997), Satya (1998), Khoobsurat (1999), Bhoot (2003), Ek Hasina Thi (2004), and Maine Gandhi Ko Nahin Mara (2005). She was one of the leading actresses in Bollywood (Hindi film industry) in the 1990s and early 2000s and had also acted in quite a few films in the Telugu, Tamil, Malayalam, and Marathi film industries. She had made her acting debut as a child artist in the Marathi film Zaakol (1980) when she was just 6 years old. Urmila had also acted in TV serials such as Katha Sagar (1986) and Zindagi (1987) before making her film debut as an adult with the Malayalam film Chanakyan (1989) and the Hindi film Narsimha (1991), both of which were commercially successful.

Urmila, after completing her schooling from institutions in Mumbai, had joined the Pune University from where she had graduated with a Bachelor of Arts degree in Philosophy.

She is of Indian descent. 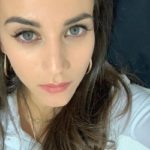 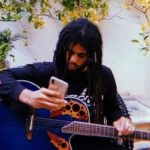