Victor Joseph Mignogna, commonly known as Vic Mignogna, has earned fame for being an American voice actor. He is popular for dubbing some of the famous Anime shows. Some of his famous, notable works are in the Fullmetal Alchemist series, Dragon Ball films, Vampire Knights, and various Star Trek show. He holds a fan club called Risembool Rangers. He has been quite active in this industry since 1999.

Vic was born on 27th August 1962. He is a native of Greenburg, Pennsylvania. His mother, Barb Myers, has raised him. Right from early childhood, he had a liking for literature and cinema. He worked as an English teacher in the Trinity Christian Academy in Florida. Fans were surprised when they got to know that Vic also worked as a policeman in the Ocean City Police Department. He set foot in the film industry back in 1990 when he shifted to Houston.

Vic is a graduate of Liberty University. He got a degree in film production and television. After he moved to Texas, he went to The Art Institute of Houston. There he served as a film production instructor and always loved to participate in extracurricular activities.

Vic is known to be in a relationship with Michele Specht. Michele is also an actress. The couple dated for twelve years. However, they broke up in 2018.

No, Vic is definitely not gay as we know of now. He has dated a woman for twelve years, and he has never made any revelation about this matter. He is currently single and not gay.

Vic started his journey with voice acting in ADV Films, which was not a hit, but still, it gave him enough opportunities. He had his big break when he debuted as Vega in the Street Fighter II V. It was a video-game based series. Then this opened a whole new range of opportunities for him. He got a great opportunity when he was offered to play Broly in the Dragon Ball films, which was a successful hit. After his role in Alchemist, he got to attend many conventions around 25 in a year. He also got to play Qrow Branwen in RWBY.

Apart from excelling in the field of cinema, he also served in the field of music. He started small by making jingles for advertisements. Soon he made more than a hundred of them. Also, he released many albums that were based on some of his anime shows. He was also a part of a few fan productions. Among all these, Star Trek was the most famous. He was also an Audiobook narrator in A Howl at the Moon, which was released in 2014.

Vic, for his excellent work, has received numerous awards and recognition. In 2007, he was honored with the Best Actor by the American Anime Awards for his Fullmetal Alchemist performance. He was also honored to sing the national anthem in many Houston Astros baseball games. He has also received some outstanding reviews by the critics.

Net Worth, Salary & Earnings of Vic Mignogna in 2021

The net worth of Vic Mignogna is estimated in 2021, and found to be $5 million. He earned this significant sum of income by being a successful voice actor and musician.

With a wide range of acting skills, voice, and music, one can rightly say that he is successful in his career.  He was surely able to achieve some great heights. He really gives life to each of the characters that he has played. He is surely a versatile actor and has managed to play each role with ease. Audiences greatly love him all around the world. 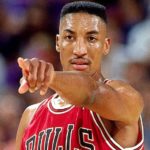 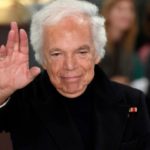