When it comes to the world of horse racing, the audiences have witnessed an endless flow of talented riders race through the tracks. The fast-paced sport serves as a rush not just for the racers but also for the spectators, who tend to remain on the edge of their seats throughout the race. But among the hundreds of racers who take part in the games, only a few leave a mark in the sport’s history due to their unparalleled talents. One of such gifted riders is Victor Espinoza.

Victor is one of the most renowned jockeys when it comes to racing the thoroughbred breed. Victor began horse riding in his native country Mexico and later participated in professional races in the racing tracks of California.

Victor was born on a farm back in Hidalgo, Mexico. He witnessed his upbringing alongside his eleven siblings. Victor, along with his brother Jose L. Espinoza used to ride horses across their farm. Victor left his hometown at the young age of fifteen to move to Cancun, where his brother worked as a horse trainer for the quarter breed. Victor paid the fees for his jockey school by working as a bus driver. He was only 17 years old at this time and resided in Mexico City. In no time, Victor found himself participating in races taking place in Hipodromo de las Americas.

Victor had no prior knowledge of English when he decided to move to the US in the 90s. Victor shifted to Northern California in the year 1992. By the next two years, Victor secured a position as the leading apprentice rider at the famous Bay Meadows racetrack and later the Golden Gate Fields racetrack as well. During his time in the Bay Area, he went through a poverty-stricken lifestyle and had to resort to living in the stables.

There is no record of Victor Espinoza’s formal education. He chose a career in horse racing at quite a young age and has stuck with it since then.

Victor Espinoza isn’t involved in any romantic partnerships and has no children. Victor has earned a reputation for his philanthropic nature. He has always made it a point to donate at least 10% of his earnings to the clinical research center and the hospital City of Hope in hopes of supporting pediatric cancer research. After Victor won the Triple Crown, he donated his entire earnings from the Belmont Stakes race to the research.

Victor Espinoza is not gay. Victor is known for being highly supportive towards the people around him, irrespective of what their sexual orientation might be. He is also known for his philanthropic nature.

Victor holds the record for being the first person in the sport’s history to earn three opportunities to win the Triple Crown. Victor also secured consecutive wins at the Kentucky Derby and the Preakness Stakes while he rode the champion horses California Chrome and Amerian Pharoh. This made Victor the sixth person to achieve this feat in the history of the sport. In the year 2013, Victor was chosen to be the jockey for the horse California Chrome and received his training under the infamous former jockey Art Sherman.

Victor Espinoza holds the record of winning the Preakness Stakes race thrice while he rode the previously mentioned horses in the given years. Victor created history when he became the first to take part in the Belmont Stakes with an opportunity to win the Tripple Crown for the third time. Victor’s win in the year 2015 gave him the record of being the oldest rider and the first jockey of Hispanic ethnicity to hold the title.

Victor has won the prestigious Kentucky Derby thrice while he rode the champion horse named War Emblem in 2012. He later went on to ride the thoroughbred horse named California Chrome in the year 2014 and later rode the horse named American Pharoh in 2015.

Victor won the Moccasin Stakes in 1996, and later in 2000, Shadwell Turf Mile Stakes in 1999, Hollywood Gold Cup in 2000 and 2015, and the list of his significant wins continues. Yet, we all agree that his contribution to this sport will remain unparalleled. He also won the 2015 Triple Crown.

Net Worth, Salary & Earnings of Victor Espinoza in 2021

Victor Espinoza is worth $10 million as of 2021. A significant part of his earnings comes from his career as a jockey, although it is stated that he owns various other means of generating income.

Victor’s life narrates a story of how a boy with the most humble beginnings went on to become one of the greatest jockeys in the history of horse racing. His passion for the sport has only grown with time. Victor serves as a role model for millions of budding jockeys across the world who wants to walk on his guided path. 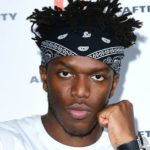 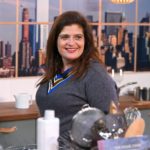