One of the reasons that the world we live in is so great is because of its diversity. Very few things in this world are the same and equal, there will always be a difference here and there. This also applies to human beings. I think it’s clearly evident that we are not the same. From physical appearances to the character traits of a person. Speaking of physical appearance, let us talk about Warwick Davis.

Warwick Davis is a television presenter, actor, writer, comedian, film director and businessperson. He has been able to achieve all of these accomplishments despite suffering from a type of dwarfism. Warwick Davis has proved to the world that you can overcome diversity and achieve what you want.

Warwick Ashley Davis was born in Epsom, Surrey in England. He was born on the 3rd of February in 1970 to Ashley Davis (father) and Susan Davis (mother). He also has a younger sister called Kim Davis. Warwick was born with a rare form of dwarfism called spondyloepiphyseal dysplasia congenita.

When Warwick was eleven years old, his grandmother heard an advertisement for the movie, Return of the Jedi. To be able to get the spot for the movie you had to be 4 ft tall or shorter. Warwick being a Star Wars fan, he went for the audition and got it.

Davis’s dwarfism is caused by a rare condition abbreviated as SED. However, he says that the only issue with dwarfism is the health effects that it has. He said that he usually has issues with his joints, such as his hips and knees. He even had to get a surgery on his feet when he was young. Davis is married to Samantha Davis, the daughter of Peter Burroughs (Warwick’s business partner) and the sister of Hayley Burroughs. The lovely couple met when filming the movie, Willow.

She also has a condition of dwarfism called achondroplasia. The two have three children, Harrison Davis, Lloyd Davis and Annabelle Davis who also suffer from SED. Unfortunately for the family, they lost two other children immediately after birth because of the combination of the conditions. Warwick currently lives with his family near Peterborough in Cambridgeshire.

No. Warwick Davis is not gay and the best prove to this is his marriage to Samantha Davis. The couple are also proud parents of three kids named Harrison Davis, Lloyd Davis and Annabelle Davis.

Davis started out as an ewok on Star Wars, but because Kenny Baker fell ill, there was a vacancy for the position of Wicket. George Lucas picked Davis for that role because he liked the way he performed like an ewok. Davis based his performance from his dog which tilted its head when it saw something strange.

He was also part of a mockumentary film that documented his experience as an ewok character and how it came to be. In 1987, he acted in the movie, Willow, alongside Val Kilmer. The film was the project of George Lucas and Ron Howard and received the Royal Premiere before the Prince and Princess of Wales.

He later did The Chronicles of Narnia on BBC Television and The Silver Chair. In 1993, he worked with Jennifer Aniston in the movie, Leprechaun, in a role he did again in 5 sequels. After playing a leprechaun in A Very Unlucky Leprechaun in 1998, he returned to the Star Wars universe.

He played four roles in Star Wars: Episode 1 – The Phantom Menace, Weazel the gambler, Wald (Anakin’s Rodian friend), Yoda in some scenes and lastly, the handler of Boss Nass’ riding creature. He appeared in many other films as Professor Filius Flitwick and goblin Griphook in the Harry Potter films. He was Plates in the film Skinned Deep, The Hitchhiker’s Guide to the Galaxy as the “body” of Marvin the Paranoid Android.

Davis did other projects like reprising his role in Snow White and the Seven Dwarfs in the New Wimbledon Theatre. He hosted a factual series with his family called Weekend Escapes with Warwick Davis and he game show called Celebrity Squares on ITV.

Warwick Davis has really come a long way to get to where he is. He has had a successful career in the film industry, and also as a writer and comedian. He has earned the respect of many people because of his hard work and positive attitude towards life. As for awards, Warwick won the Celebrity of the Year Award in 2018.

Net Worth, Salary & Earnings of Warwick Davis in 2021

Warwick Davis is a hardworking man with a positive attitude that made him successful. Instead of dwelling on the negative, he decided to use his diversity to his advantage. Because of his efforts in the film industry and other fields, Warwick has an estimated net worth of $10 Million as of 2021.

Warwick Davis is the perfect example of how we should be taking advantage of any situation we are in, no matter how negative it may seem. He teaches the world that you can rise above diversity and achieve anything that you want to achieve. 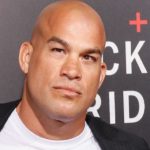 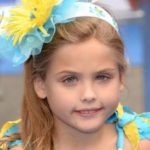