Hemoglobin is an iron-rich protein in red blood cells. Oxygen entering the lungs attaches to the hemoglobin in the blood, which carries it to the tissues in the body. When someone has insufficient red blood cells or the ones they have do not work properly, the body is left short of the oxygen it needs to function. This condition is called anemia.

Here, we will look at the role of hemoglobin, and how levels of it in the blood are tested. We also examine the main kinds of anemia in more detail and explore ways to prevent the condition.

How Are Hemoglobin Levels Tested?

Hemoglobin levels are measured by a blood test. Hemoglobin, or Hb, is usually expressed in grams per deciliter (g/dL) of blood. A low level of hemoglobin in the blood relates directly to a low level of oxygen.

In the United States, anemia is diagnosed if a blood test finds less than 13.5 g/dL in a man or less than 12 g/dL in a woman. In children, normal levels vary according to age.

High hemoglobin levels could be indicative of the rare blood disease, polycythemia. It causes the body to make too many red blood cells, causing the blood to be thicker than usual. This can lead to clots, heart attacks, and strokes. It is a serious lifelong condition that can be fatal if it is not treated.

A high hemoglobin can also be caused by dehydration, smoking, or living at high altitudes, or it can be linked to other conditions, such as lung or heart disease.

Low hemoglobin levels usually indicate that a person has anemia. There are several kinds of anemia:

Iron-deficiency anemia is the most common type. This form of anemia occurs when a person does not have enough iron in their body, and it cannot make the hemoglobin it needs. Anemia is usually caused by blood loss, but can also be due to poor absorption of iron. This can happen, for example, when someone has had gastric bypass surgery.
Pregnancy-related anemia is a kind of iron-deficiency anemia, which occurs because pregnancy and childbirth require a significant amount of iron.
Vitamin-deficiency anemia happens when there are low levels of nutrients, such as vitamin B12or folic acid (also called folate), in the diet. These anemias change the shape of the red blood cells, which makes them less effective.
Aplastic anemia is a disorder where blood-forming stem cells in the bone marrow are attacked by the immune system, resulting in fewer red blood cells.
Hemolytic anemia can be the result of another condition, or it can be inherited. It occurs when the red blood cells are broken up in the bloodstream or the spleen.
Sickle cell anemia is an inherited condition where the hemoglobin protein is abnormal. It means the red blood cells are sickle-shaped and rigid which stops them flowing through small blood vessels.

Anemia can also be caused by other conditions, such as kidney disease and chemotherapy for cancer, which can also affect the body’s ability to make red blood cells.

Newborns have temporary anemia when they are 6-8 weeks old. This occurs when they run out of the red blood cells they are born with but their bodies have not made new red blood cells. This condition will not affect the baby adversely unless they are sick for some other reason.

Babies can also have anemia from breaking down cells too quickly, which results in yellowing skin, a condition known as jaundice. This often occurs if the mother and baby have incompatible blood types.

Older people or people who lack iron in their diets can be at risk of developing anemia.

People who do vigorous exercise are also at greater risk, as exertion can lead to a breakdown of red blood cells in the bloodstream. Women who are menstruating or pregnant may also be at increased risk of developing anemia.

People who have chronic health conditions, including autoimmune conditions, liver disease, thyroid disease, and inflammatory bowel disease, may have lower hemoglobin levels, which increases the chances of developing anemia.

Hemoglobin levels increase in situations where a person needs more oxygen in their body. Consequently, someone who has lung or kidney disease, who smokes, or is dehydrated, may be at risk of increased hemoglobin levels.

Meat and dairy are good sources of vitamin B12, and folic acid is found in citrus juices, legumes, and fortified cereals.

The American Society of Hematology recommends taking a daily multivitamin to help prevent nutritional anemias. Older adults, however, should not take iron supplements for iron-deficiency anemia unless instructed to do so by their doctor.

Anemia treatment varies, depending on the cause of the condition. Changes in diet or dietary supplements can help people who have iron or vitamin deficiency anemias.

If the anemia is caused by another condition, treating the underlying disease will often alleviate the problem.

Medications and blood transfusions are among the treatment options for aplastic anemia, and antibiotics may be used in the case of hemolytic anemia.

Polycythemia is a lifelong condition that has no cure but can be managed with medication.

Sickle cell disease is a life-limiting condition. The only cure available is a hematopoietic stem cell transplant. Treatments are available, however, that reduce symptoms and enhance a person’s quality of life.

How To Increase Hemoglobin

A person can raise their hemoglobin levels at home by:

Folate is a type of vitamin B that plays an essential part in hemoglobin production. The body uses folate to produce heme, a component of hemoglobin that helps to carry oxygen.

If a person does not get enough folate their red blood cells will not be able to mature, which could lead to folate-deficiency anemia and low hemoglobin levels.

Good sources of folate include: 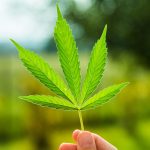 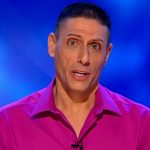