If you are a fan of CSI: Crime Scene Investigation, then you must be familiar with the name of William Louis Petersen. He is one of the most famous actors in the drama series CSI, and he has also won the Screen Actors Guild Award for this. He has also been nominated for the Golden Globe Award, and later, he was nominated three times for the Primetime Emmy Award. He has been seen in many movies like To Live and Die in LA, Young Guns II, The Contender, Detachment, and many others.

William Petersen was born on February 21, 1953, and he was born in Evanston, Illinois, and he also had five other siblings. His mother was of the Roman Catholic faith, and he was raised in the same faith too. He has two brothers and three sisters.

He was enrolled in Bishop Kelly High School, and later, he was accepted into Idaho State University, and he went there with the football scholarship. While he was there, he enrolled in an acting class, and it is said that this changed the direction of his life. He then met his future wife Joanne, and they both left the school. They then followed their drama professor to the Basque Country, and there he studied as a Shakespearean actor.

He even studied the Basque language as he was very much interested in Basque culture. He then returned to Idaho as he wanted to be an actor and then started acting in theatre in Chicago, and he then was able to earn his Actors’ Equity Card. He then started performing with the Steppenwolf Theatre Company. He has also been an ensemble member of this theatre since 2008. He is also the founder of the famous Remains Theatre Ensemble, which includes one of the many prominent Chicago actors, Ted Levine and Gary Cole.

William got married to Joanne in the year 1975, they also welcomed a daughter named Maite, and this name is derived from the Basque culture. But later, they both got divorced, and then Petersen married his long-time girlfriend, Gina Cirone. He also has two grandsons, and he is an avid Chicago Cubs Fan. He and his present wife Cirone also welcomed opposite-sex twins in the year 2011 through surrogacy.

No, William is not gay as he has three children and is currently married to Gina Cirone. The happy married life states that he is fully straight.

Then he was offered the role in a Henry Hill film, Goodfellas, but he then turned it down. In the year 1993, he was also seen in the CBS TV miniseries, Return to Lonesome Dove, and in that movie, he did the role of the former Ranger Gideon Walker. He also did an uncredited role in the noir thriller Mulholland Falls. He then achieved it after he started doing CSI.

William Peterson has been nominated for many awards till now, but he has been able to win a few. William has won the BFCA award for his movie The Contender. He has also won the Screen Actors Guild Award for his role in the series CSI. He also received a star on the Hollywood Walk of Fame in the year 2009.

Net Worth, Salary & Earnings of William Petersen in 2021

As of 2021, William’s total estimated net worth is estimated to be around $50 million, and he has earned most of his net worth from movies and series that he has done. He has done many films and has a good amount of series’ to earn this amount of money.

This was all about one of the most influential actors today who has done a lot of movies and series today. He is an inspiration for each and every actor today who wants to do something big in the industry today. 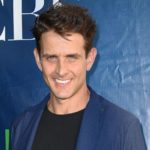 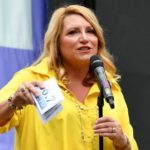