William Zabka is an actor by profession who is of American origin. He is most widely recognized for the character- Johnny Lawrence, which he had played in the Television series ‘Cobra Kai’ (2018-present) and the two films- The Karate Kid (1984) and The Karate Kid II (1986). For producing and co-writing the short film- Most, way back in 2004, Zabka was also nominated for an Academy Award.

William Zabka stepped into this world on 20 October 1965, in New York City of USA. His mother, Nancy Zabka, was a Production Assistant, Producer and Business Liaison, while his father, Stan Zabka, was a Composer, writer, and director. He has two siblings- a brother named Guy Zabka and a sister named Judy Zabka. ‘The Tonight Show Starring Johnny Carson’, which was an American late-night talk show, had Zabka’s father as its assistant director during the first two years of the host- Carson’s tenure. Apart from that, his dad also worked as a production manager on many films, including ‘Forced Vengeance’, a film by Chuck Norris.

It’s well understood from all these facts that having received a proper upbringing by ambitious and hard-working parents like Nancy and Stan, Zabka was also prepared to make something out of his life and reach similar heights one day for sure.

Often, we don’t find many reliable and valid sources of information regarding celebrities’ early schooling history or educational details since they don’t speak out clearly about these in front of the media or on social media platforms.

However, William Zabka is a clear exception to this case, since we know that he studied in the El Camino Real Charter High School located in Los Angeles, where he even graduated in 1983. After that, he attended the California State University, Northridge, for his further studies and majored in film studies.

We often find it very natural for most celebrities to be very outspoken about their personal life details and not to leave out a single moment to flaunt the pictures from their latest trip with their partners on their social media platforms, and thus keeping the world aware and updated on their relationship status and dating history.

But William Zabka is a clear exception to this case since he has always remained very reserved regarding the details from his private life and never let the media cross their limits and take pieces of information out of his private space. We just know that he is happily married to the love of his life- Stacie Zabka, whom he married back in 2008, and that the couple even has two children.

We have not yet found any authentic or reliable source of information claiming that William Zabka is homosexual. He certainly has a lot of male friends from the industries he’s worked in, but that itself isn’t quite enough to validate such a claim. We know that he is happily married to a woman named Stacie Zabka, the love of his life, since 2008 and has two lovely kids. So judging by all these facts, it should be safe to say that Zabka is totally straight and not gay.

The fifty-five-year-old and still handsome actor William Zabka has already spent an extensive amount of his life to his acting career, and surprisingly, it still works to this date.

The first role he played and eventually which threw him to the hands of limelight and fame was ‘Johnny Lawrence’, the main antagonist to the film ‘The Karate Kid’ (1984) debut performance in a movie. Zabka had no previous background with martial arts during the movie The Karate Kid, but he was a competitive wrestler. However, he was inspired by the movie and finally learnt Tang Soo Do with a Black Belt Second degree.

He starred with Back to School and Just One of the Guys in two comedies in the 1980s. Then, in the Equalizer sequence on CBS, he played a major role.

William chose to be in independent movies as he was studying to qualify to become a filmmaker. He wrote and produced the film titled Most after he completed his studies on filmmaking. His job was seen as a producer in the music video named “Sweep the Leg” of No More Kings, in which he too performed in 2007. In the album Why Wait 2010, he also wrote the music video for Rascal Flatts. Zabka co-produced Cobra Kai, a revival karate kid, where he took up his job as Johnny Lawrence. He was also the managing producer. The series was first introduced in 2018 and is ongoing.

In 1985, William Zabka was nominated for the Young Artist Award for the character he played in the film- The Karate Kid (1984). That was the first-ever accolade or recognition that he had received in his career. Later on, in 2004, he was nominated once again for an Academy Award, jointly with Bobby Garabedian, for their brilliant works of production in their short film- Most. In 2004 William was nominated for an Academy Award, and the film he wrote and produced received numerous awards at prestigious film festivals.

Net Worth, Salary & Earnings of William Zabka in 2021

As of 2021, William Zabka has a net worth of $4 Million. But having considered that he’s just fifty-five years old and is still working, the acting industry surely has a lot in store for him, which will undoubtedly make his net worth and valuation go up in the coming years.

Celebrities like William Zabka, who have already contributed a lot to their respective fields of work, have not only a lot of success in their personal lives and have made their close ones proud, but silently have also inspired millions of other youngsters all across the world, who aspire to reach the same heights as them, in whatever they choose to be in their lives, by simply following the footprints they have left behind, down the sand of time. 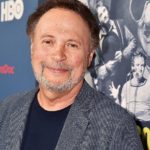 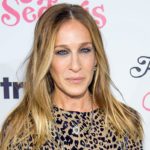