When you want to venture into any industry, it doesn’t matter how many people are actively involved in the same. What matters most is what you have to give differently from everyone else. This explains the reason why there are many people doing the same business but many are more successful than others. This is no different when it comes to the film industry.

Zack understood very well that the people in this industry are many but he had enough faith in himself. Today, he is known for being one of the best American actors, producer, director, comedian and screenwriter. One of his notable works is in Scrubs where he is featured as J.D. his work on The Broken Hearts Club: A Romantic Comedy is also worth mentioning.

On 6th of April in 1975, a baby boy was born and they named him Zachary Israel Braff. Zack was born in South Orange, New Jersey in the United States of America and this explains the reason why he identifies himself as an American actor. Zack is the son of Harold Irwin “Hal” Braff who was born in 1934 and passed away in 2018. His mother’s name is Ann Brodzinsky but she was born Anne Hutchinson Maynard and she worked as a clinical psychologist. His parents’ marriage didn’t work out so well, and therefore, they divorced and got married to other spouses.

Braff is not the only child in the family as he has two brothers one named Joshua who is an author and the other named Adam Braff who is a writer and a producer.  He has a stepsister named Jessica Kirson who is a stand-up comedian based in New York. His father was born and raised into a Jewish family while his mother was born a protestant. However, before she got married to his father, she converted to Judaism and she gave his son Braff a very Jewish upbringing.

Zack had a heart for filmmaking since he was a young boy but that didn’t stop him from attending school like any other child. At 10-years, he was diagnosed with obsessive-compulsive disorder. He had Lauryn Hill as a friend at Columbia High School which was located in Maplewood, New Jersey. He also attended a performing arts training center known as Stagedoor Manor which was meant for youth actors aged between 10 and 18 years.

He won his first acting award then as well as his first kiss. He also met Josh Charles at the school and has remained a close friend to date. After graduating from high school, he joined North-western University School of Communication and graduated in 1997. He also became Phi Kappa Psi, fraternity brother.

Zack is very proud of who he is and is always very generous with information. He reveals everything about his life including his love life. Although he is very successful in his career, he has not been so lucky when it comes to love. This is because he has been in many relationships but none of these has ended in marriage. Currently, he is dating actress Florence Pugh who is a year younger than him. They recently made their relationship official and they are very much in love with each other.

Before dating Florence, he has dated other women like; Mandy Moore who he dated for 2 years from 2004 to 2006. He also dated Taylor Bagley, Shiri Appleby, Drew Barrymore and Kirsten Dunst, Bonnie Somerville, Sarah Chalke and Isabel Lucas who are all actresses except Taylor who is a model.

Zack Braff is not gay. He might not have been lucky in love but the many women he has dated is enough to prove his interest is only in women.

In 1989, Zack got a minor role in High which was a TV movie. In 1990, he was cast as David Cummings in The Baby-Sitters Club which was a TV series. From there, he received different roles in projects like CBS Schoolbreak Special, Manhattan Murder Mystery, Getting to Know You and Endsville, Blue Moon, among others. As an actor, he has more than 35 credits to date. As a producer, he has 8 credits and as a director, he has 9 credits.

Zack is a great actor, producer, and director, and he has been appreciated a lot of thanks to his commitment in the film industry. Some of the awards he has received include Primetime Emmy Awards nomination in the category of Outstanding Lead Actor in a Comedy Series, three Golden Globe Awards, and a Grammy Awards in the category of Best Soundtrack Album.

Net Worth, Salary & Earnings of Zach Braff in 2021

As mentioned above, Zack is very generous with information and has not kept informed of his income from his fans as well. In every episode of Scrubs, he is paid a salary of $350 thousand. This has highly increased his net worth which is currently estimated to be roughly $25 million as of 2021.

Zack Braff knew he wanted to be an actor and a film producer. Although things were not very easy for him, he was patient enough and with time, his childhood dream has finally come true. 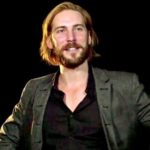 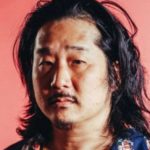